During the July 28th Masonic-Eastern Star Home for Children’s 4-H Club Achievement Day and BBQ, MW Patrick Barger presented the 4-H’er of the year award and participated in the ribbon cutting dedication for the Home’s Padden Cottage.  Following the ribbon cutting and Home provided BBQ, MW Patrick went for a ride on a mechanical bull.  Once he figured how to mount the bull – with the assistance of Past Grand Masters Bruce Baker and Dennis Rix – it was a short ride and the dismount was no more graceful than the mounting.  Also attending with MW Patrick were RW’s Bob Moninger, Ron Stites and Jim Carlton, and WB’s Rob King, WB Kevin Scheele and David Wetrosky.  The below photos show MW Patrick presenting the Home’s Rawhide Wrangler 4-H Club of the year award to Maddie, the ribbon cutting, and MW Patrick on the mechanical bull. 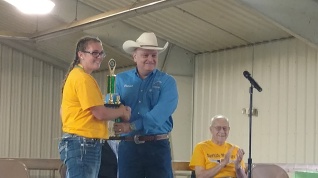 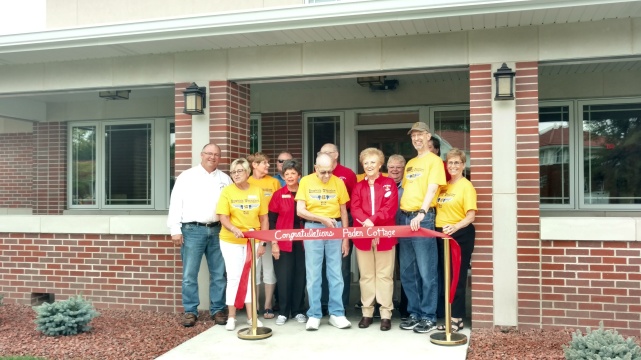 Comments Off on 4-H Achievement Day at MESHC

Posted by glneblog on July 30, 2018 in Random Thoughts

R3 in Action in Columbus

As part of the Grand Lodges’s new Reception, Retention, and Revitalization (R3) initiative, we’ve partnered with the Columbus Chamber of Commerce to support growth in our respective organizations and the community. This program is designed to be a resource for lodges in conjunction with the local Chamber of Commerce. Grand Orator Kevin Scheele organized a meeting with the Columbus Chamber of Commerce Commodores, Grand Senior Warden Ron Stites, and representatives of Lebanon Lodge No. 323 at the Masonic Center in Columbus on July 24th. Fifteen Columbus Chamber Commodores were in attendance to hear about what we do and who we are as Masons in Nebraska. Picture from left to right are Grand Orator Kevin Scheele, Grand Senior Warden Ron Stites, Commodore Skipper Bud Fleischer, Worshipful Master of Lebanon Lodge Kim Severyn, and WB Wayne Jacobsen of Lebanon Lodge. 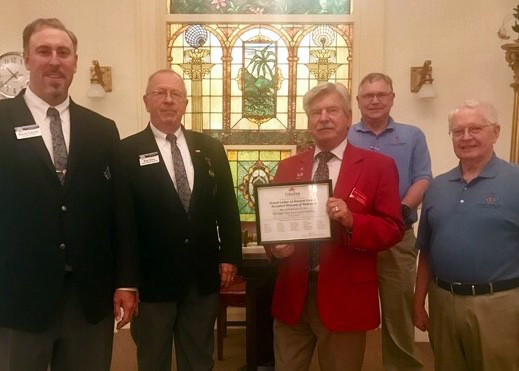 Posted by glneblog on July 25, 2018 in Random Thoughts 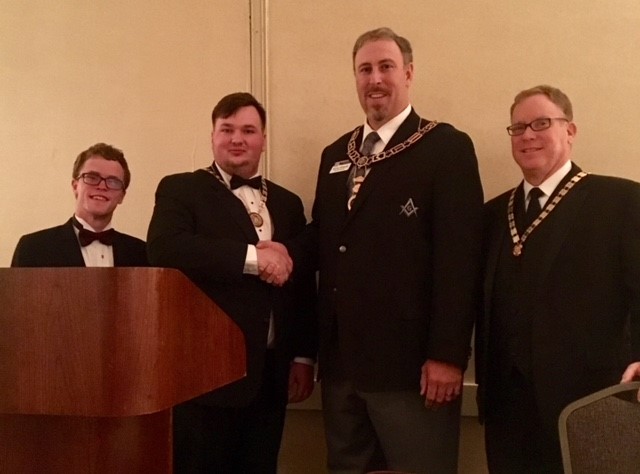 Comments Off on DeMolay Conclave

Posted by glneblog on July 23, 2018 in Random Thoughts

M.W. Past Grand Master John Maxell was honored to present Brother Robert H. King, a member of Plattsmouth Lodge No. 6, with his 60 Year Award.  The presentation was made at a July 13, 2018 family reunion that included Brother King’s 95th birthday.  In the first picture from right to left are MW Maxell, Brother King, and RW Ronald D. Stites, Grand Senior Warden, who assisted with the presentation. 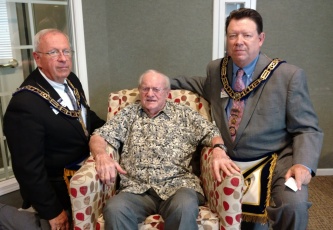 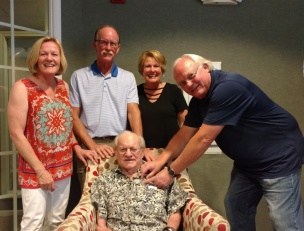 Posted by glneblog on July 16, 2018 in Random Thoughts

Prior to the presentation of the Grand Master’s Coin for Excellence on July 10th, M.W. Patrick Barger was received by the Master, W.B. Brian Briggs, and brethren of John J. Mercer Lodge No. 290.

MW Patrick Barger is conducted to the Altar by R.W. Charlie Odorizzi, Past Master of John J. Mercer Lodge No. 290 and Grand Chaplain, to be received.

Comments Off on John J. Mercer Lodge No. 290 Receives the Grand Master

Shown in the picture is the John J. Mercer Fellow Craft Degree Team, Grand Lodge Officers that attended, and the Entered Apprentice Proficient Brother Gary holding his Excellence Coin.  Thank you to Brother Allen Straub for taking the picture.

On July 10th prior to a Fellow Craft Degree Conferral at John J. Mercer Lodge No. 290, M.W. Patrick Barger presented W.B. John Dimon with his Grand Lodge of Nebraska Deputy Grand Custodian’s Commission and Apron.  M.W. Barger congratulated W.B. Dimon and thanked him for stepping up and becoming a Deputy Grand Custodian. 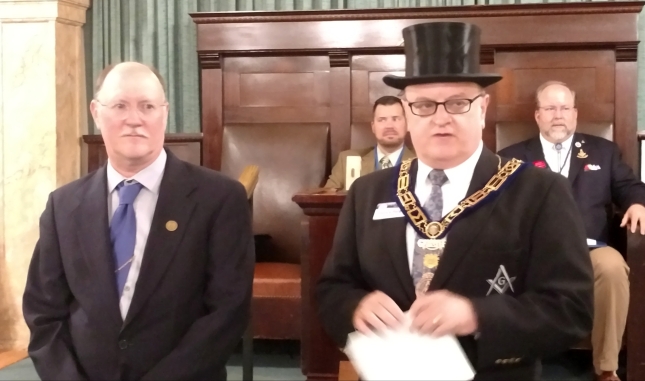 Comments Off on DGC Receives Commission and Apron at Mercer Lodge

Decorating for the Holiday at Bellevue Cemetery

There was a great turn out from members of Bellevue Lodge No. 325, Alpha Chapter OES No. 325, Rainbow Girls Chapter #24 and Cub Scout Troop #464 to put up of the flags at the Bellevue Cemetery for Independence Day on July 4th.

Comments Off on Decorating for the Holiday at Bellevue Cemetery

Posted by glneblog on July 6, 2018 in Random Thoughts